I’ve put in the last stitch on this quilt and it is on its way to Florida where it will be distributed with hundreds of other lovingly made quilts through the Orlando Modern Quilt Guild to survivors, victims’ families, and first responders from the shooting this summer at the Pulse nightclub. 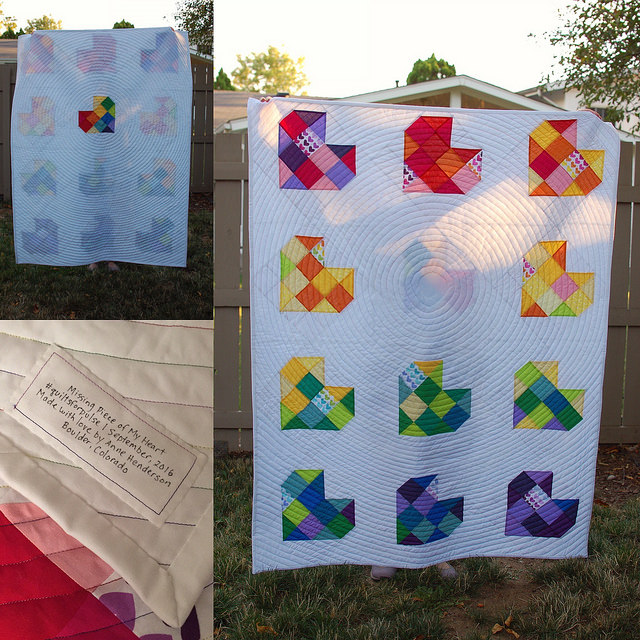 My quilt includes the note below.

I donâ€™t know if you were at Pulse, or the family of a loved one at Pulse, or if you were a first responder. I do want to send you my deeply felt support for a life affected by the tragedy. I titled this quilt “Missing Piece of My Heart” and my hope is that those that we lost are on the other side, happy, whole and knowing that we will honor them always.

My brother, Michael, and his partner, Joe, both have strong connections to Florida having lived there at various points in their lives. I adore them and they weighed heavily on my heart as I made the quilt because I couldnâ€™t help thinking, “what ifâ€¦” I am resolved to use my voice, my vote, and my support to move toward a world where this wonâ€™t be repeated.

I will forever be thankful to the Orlando Modern Quilt Guild for giving me a way to channel my energy positively and for providing a way to reach out to you with something tangible to say I love and support you.

And now, since I’ve shown you something I poured a lot of myself into I hope you’ll indulge me a bit more. I had a lot of time to think while making this quilt and this is where the personal gets political very quickly.

We have a big election in November in America. Do you know where your preferred national, state and local candidates stand on gay rights?

The Republican Party platform has outlined that they reject the Supreme Court ruling that marriage is a fundamental right guaranteed to same-sex couples. The platform also expressly states that children deserve a mother and a father, language that excludes millions of loving families with two fathers, two mothers or any other configuration of family other than their definition. The Democratic Party has simply outlined that they believe LGBT rights are human rights.

As a voter what aligns with your values? In the hierarchy of reasons to vote for a candidate from policy to party loyalty to simply not liking the other candidate, do those reasons outweigh the civil rights of your LGBT friends and family? These Americans have a lot at stake in November.

And secondly… Do you know where your national, state and local candidates stand on gun control? The Orlando shooter obtained his guns legally despite warning signs, including domestic violence and suspected ties to terrorism, that potentially could have prevented him from making the purchase with stricter gun control laws. He additionally used a his legally obtained assault rifle to assault people.

As you go to vote, please consider that our hands are not tied. The 2nd Amendment is just that, an amendment to the constitution. A change. An update. We’ve made 27 amendments to the constitution in the 228 years since it was ratified to clarify and alter the law of the land. We’ve even repealed amendments we decided were bad ideas (the 21st amendment repealed the 18th). The vast majority of Americans and gun owners support common sense gun control. If you are horrified by how easy it was for someone to murder 49 people and injure another 53 in Orlando please vote to make our country safer by supporting candidates who are serious about gun control.

I will post some more quilt pictures to lighten the mood a bit though I also welcome considerate and polite conversation as well in the comments.

More about the quilt:

The president of the Orlando Modern Quilt Guild initially thought that the call for quilts might bring in a hundred or so quilts. When I last checked there were over a thousand quilts delivered and many more quilts in progress using quilt blocks sent to the Guild. There is a lot of love in this world and in the quilting community.

My initial block plans were based on this lovely tutorial my sister-in-law found. Also, if you are ever in Portland, Oregon I highly recommend staying at the Hotel Modera. They have fantastic notepads and the rooms are pretty awesome too.

Cutting out the fabric for the blocks. 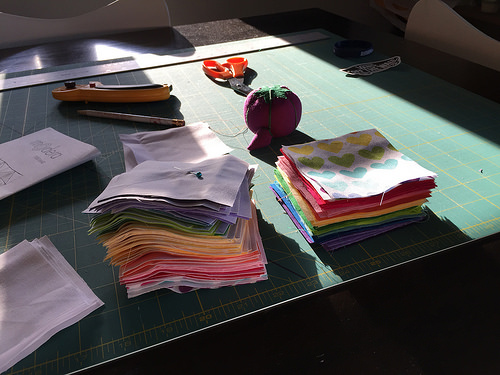 Working on the color gradients for each heart. 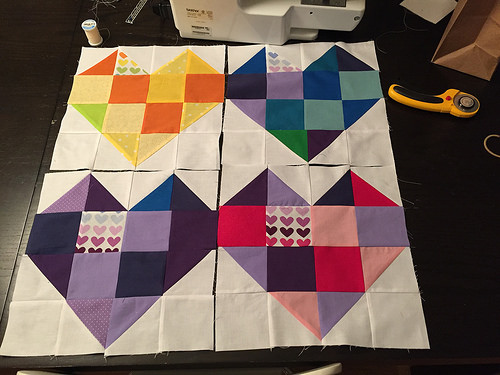 Sewing it all together. 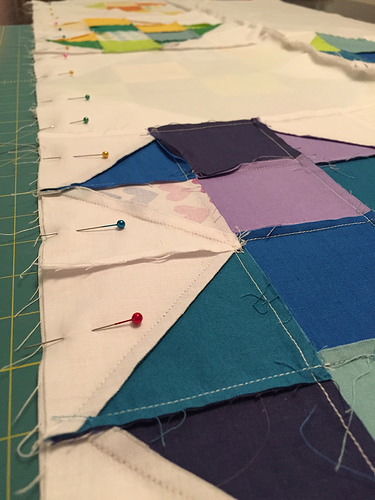 Front of the quilt. Though not readily visible I used rainbow thread for the quilting to echo the theme of rainbows and hearts. 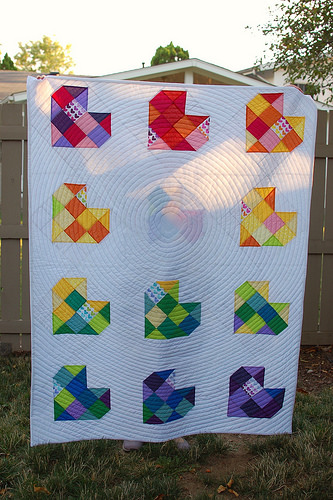 The other side, where the heart is complete with all the colors of the rainbow. 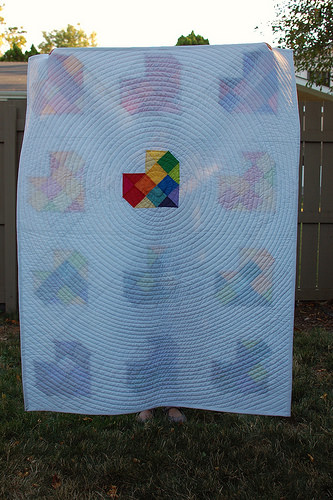 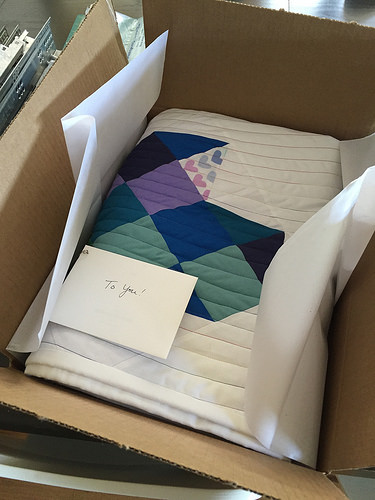