I woke up this morning to this coming from Will:
“Uh, Anne… the cat is OUTSIDE!”

Apparently Khanyo was hanging out in the window of our office, but on the wrong side.

Somebody (me) left a door open last night and the cat managed to scoot the screen door aside to let himself out. Upon discovering our indoor cat had turned himself into an outdoor cat Will opened the screen door a bit wider and demanded Khanyo come back inside. The cat happily complied, mostly because he missed breakfast while adventuring in the great outdoors. Or while cowering in fear in the office window.

In the almost 7 years we’ve had Khanyo, he’s only tried to get outside a few times. And on the rare occasion that he succeeded he’d run for a few gallops, stop and look back at us like, “Oh shit. I didn’t think this far out. I don’t know what to do now.”

That moment of hesitation made it really easy to grab him and haul his hefty self back to the indoors. We’d then lecture him about dangerous zombies living outside but not inside where he was safe. (Side note: we tell little kids that zombies live in our crawl space too.)

Seriously though, does this look like an outdoor cat? 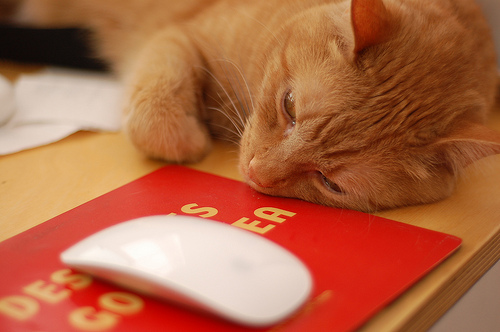 He’s wishing it was the other kind of mouse 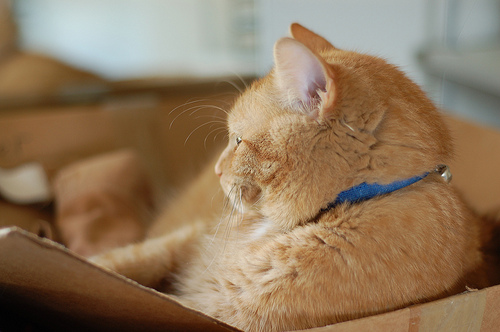 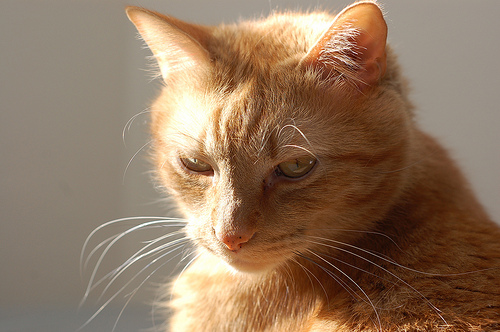 In conclusion, I think we all learned valuable lessons of one sort or another. I will no longer leave doors wide open at night (I’m sure my mom is pleased to hear that), Will learned he has the cat under voice control, and Khanyo… well… he probably forgot his lesson already.