Based on recent posts youâ€™d think that we do nothing but think, dream and plan our kitchen renovation. However we did manage something completely non-kitchen related. We took a long weekend to visit my brother, Mike, in New Orleans. In fact, the only kitchen related thing we did there was to pop into an antiques shop in the French Quarter that specialized in European kitchen antiques. 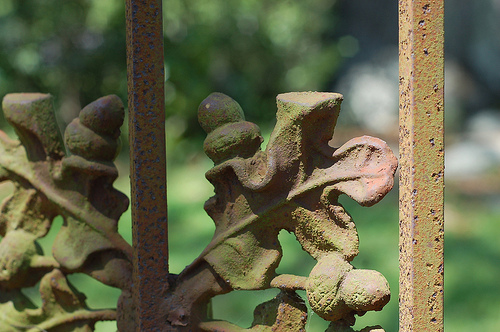 Highlights from the trip:

Watching an elopement in Audubon Park
Will & I prefer to explore new cities by foot. We do a lot of walking when we go somewhere new. I wore really cute shoes our first day exploring town. Shoes that seemed very cute and comfortable but apparently were not meant for the amount of pedestrian touring we undertook. My terrible blisters caused us to take a break in our walkabout so that Mike could swing by his apartment and pick up new shoes for me.

While we were lounging by a beautiful fountain in Audubon Park a couple walked through the park gates in their wedding attire - white dress for the bride, dark suit for the groom. They were accompanied by a photographer so we thought they were there simply for wedding photos. The couple walked up to the fountain, a few feet away from us, and the guy I had assumed was the photographerâ€™s assistant opened up a leather-bound folder and started officiating their wedding ceremony. No crowds, no pomp. Just the couple, the photographer, the officiant, me, Will and a few randy ducks.

It was a touching ceremony and at the end Will and I applauded for the couple as they kissed. The officiant had the photographer sign as one witness on the marriage certificate and then asked me to be the other witness. I hoped to be asked from the minute I realized that this wedding was happening. I felt honored and special to be a small part of this coupleâ€™s special day. 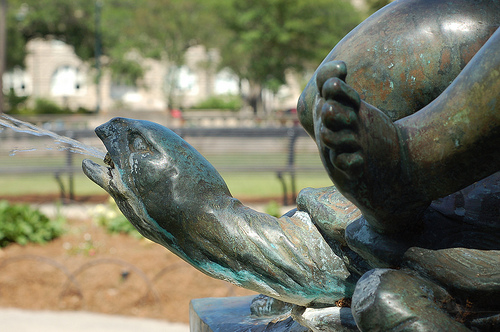 Meeting up with a friend from architecture camp
Mike arrived shortly after the wedding with new shoes and blister relief. We wandered around the park now that I was mobile again and then headed out to meet up with my friend, Lucy, and her husband, Dave. Lucy and I met at architecture camp at Wash U the summer between our Jr & Sr years of high school. We kept in touch for several years through old timey letters and then via email. We had reconnected after many many years thanks to Facebook.

We went to a great restaurant in her Bywater neighborhood called Satsuma. And since Lucy & Dave were kid-free for the night, we went to a very cool wine bar after dinner called Bacchanal to listen to local music in the backyard. Will & I havenâ€™t watched the show Treme, but feel like we need to start. Lots of folks in New Orleans mentioned it and apparently they film in the Bacchanal backyard frequently. 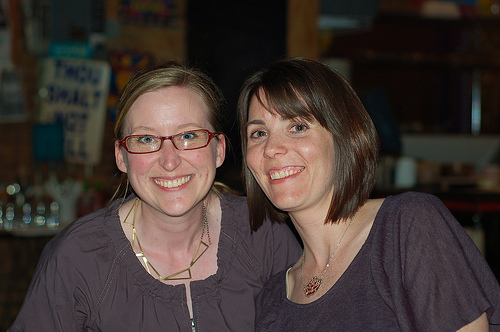 Visiting plantations
Mike arranged for us to visit a few good olâ€™ Southern plantations about 30 minutes away from New Orleans. Iâ€™ve always been fascinated by how people used to live so I loved seeing the old mansions and slave quarters and learning about daily life back when Louisiana was a Spanish then French colony. 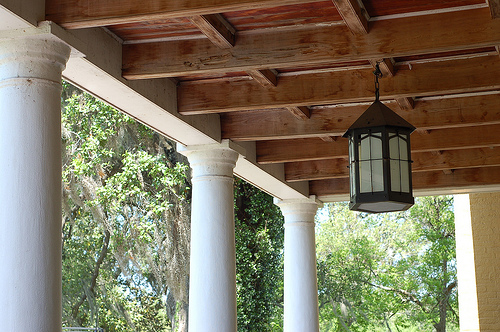 French Quarter Fest
We didnâ€™t plan on being in New Orleans for any other reason than to visit Mike. But the weekend that we picked was the French Quarter Fest. Will & I arenâ€™t big crowd people, so I was a little worried that everything would be crowded and loud and hot - a combination that makes both of us grumpy. It was crowded for sure, but I think New Orleans specializes in a unique kind of crowd. It didnâ€™t seem to induce the grumps because everyone just seemed very happy to be there enjoying the music.

We wandered around the various stages listening to African drumming bands, zydeco, jazz and even gospel music, which reminded me how much I love gospel. I donâ€™t necessarily believe in the religious message of gospel, but it brings me a lot of joy to know that there are people who find comfort in religion and sing about it with passion. 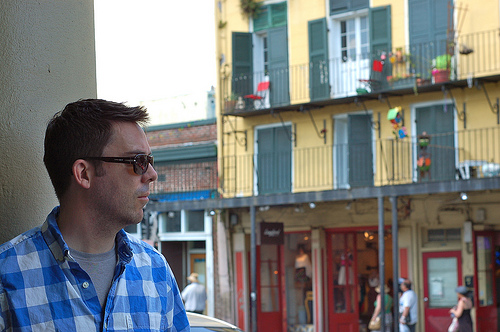 Eating
Oh dear God did we eat a lot of food in New Orleans. Really, really good food too. Where else in the world do you find Krispy Kreme bread pudding? Yes, thatâ€™s a thing.

In addition to the places we went with Lucy and Dave, we hit up several other tasty spots. Motherâ€™s was on my list to visit after watching a No Reservations episode in New Orleans. It did not disappoint. The Crawfish Ettouffe was melt in your mouth good. I still have dreams about that dish.

We hit up Cafe Du Monde for the obligatory beignet breakfast, but found that Cafe Beignet in Metairie near Mikeâ€™s house was much better. And less crowded/touristy. We also ate poâ€™ boys full of fried seafood at Deanieâ€™s Seafood. It was delicious mostly because they take their frying seriously there.

Mike took us to Magazine Street for a late night dinner and this area ended up being my favorite part of the city. We wandered around debating which of the delicious looking restaurants we wanted to commit to. We finally settled on a tapas restaurant called SALU. As we were ordering Mike asked very sweetly, but completely out of the blue, if they had any gazpacho. It had been a hot and humid day, and gazpacho sounded amazing, though it turns out wasnâ€™t on the menu. However the chef whipped some up for us and brought it out to the table. For a spur of the moment dinner, it was some of the best gazpacho Iâ€™ve ever had. Plus you have to feel kind of special when you get to order something off menu.

Watching Mike in his natural environment
The highlight, of course, was getting to see Mike. We stayed at his place in Metairie and saw all of the art projects he had been working on to decorate his space. And it was fun to toss out all kinds of idea of things to do and have him know where to do them. Can we visit a local cemetery? Sure thing!

He was also very patient with all of our questions about New Orleans and Southern culture in general. There were a lot of responses of, â€œthatâ€™s a really good question.â€ Mike should be a teacher.

We had a lovely long weekend and really enjoyed seeing new places, old friends, and Mike.